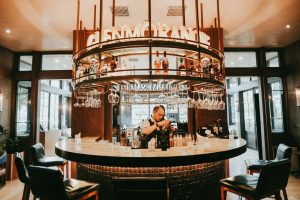 To share the wonderful world of Glenmorangie’s whiskies to the public, Moët Hennessy Indonesia brought Glenmorangie Orange Bar to Vong Kitchen at Alila SCBD. Taking place on August 15, the Orange Bar is essentially a casual evening filled with good whisky and elements that tease the senses, attracting guests and whisky enthusiasts to experience firsthand what it was like to enter the delicious universe that is Glenmorangie. 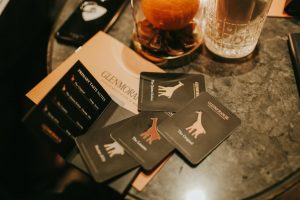 Upon entering the Orange Bar, patrons were given a Glenmorangie guidebook and a set of Orange Bar Sniff Cards that encapsulates the primary scents of Glenmorangie Original, Lasanta, Quinta Ruban and Nectar d’Or.

Available exclusively during the Orange Bar, the Glenmorangie Flight Tray consists of

Through this tray, the interactive distillery and guided tasting sessions, costumers were able to learn more about Glenmorangie, replete with the ritual of Glenmorangie whisky tasting- from picking the whisky glass, smelling and enjoying the beautiful aromas, all the way to figuring out each variant’s complex notes. 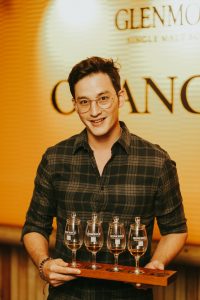 On September 6, the Orange Bar experience will continue at De Luca Plaza Senayan, so be on the lookout for Glenmorangie’s memorable orange giraffe and even more unforgettable single malts.